How One Flawed Omega-3 Study Generates Another

Recently the news media made a massive campaign to promote a new study on the lack of efficacy of omega-3 fatty acids for treating dementia as indicative that fish oil supplements are worthless (1). As usual, apparently not one of the science writers in the media ever read the original article (2). If they had, they would have found this quote in the Discussion of the paper: “Another limitation of this study is the possibility that at non-physiological levels, the nutrients we tested would have different biological effects, different from those attained with dietary intake.” What does that mean in plain English? The translation would be: “We may have used placebo levels of omega-3 fatty acids so any conclusions of our research are worthless”.

Why would they insert such a downer of a statement? This requires a little history. First, this study was originally used to ask the question could a small dose of EPA and DHA (1 gram per day) for five years have any benefits in treating age-related macular degeneration (AMD)? AMD is the leading cause of blindness after age 50, and there is no known drug treatment for it. The researchers concluded that omega-3 fatty acids have no benefit (3). But what if they had used a placebo dose? I demonstrated this in my article published in 2014 (4). In our study, we used 5 grams of EPA and DHA per day for six months (not five years). At the end of that trial 100% of the patients had improvement in their vision instead of the lack of any improvement in the published study in JAMA (3).

Determining improvement in vision is easy. You use an eye chart like the one below. 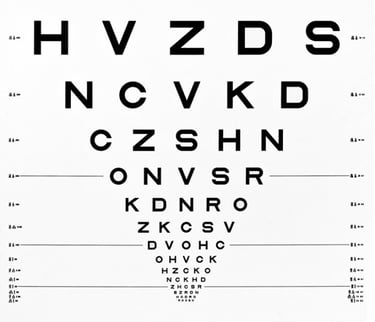 Subsequent studies indicated that there was a statistically significant dose-response curve between the final AA/EPA ratio and the improvement of vision as shown below. 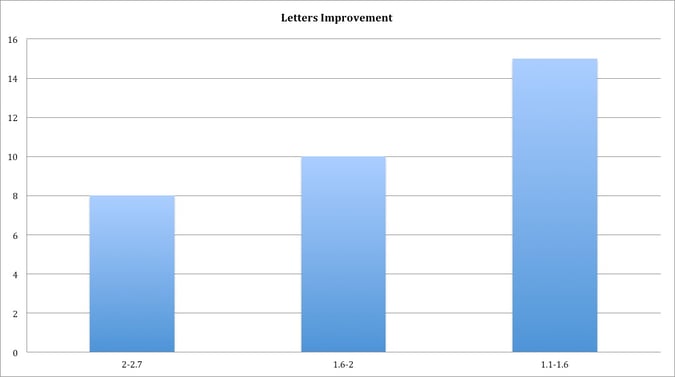 It wasn’t that the NIH researchers were unaware of the results, since I sent them the published paper. Of course, this would mean that their published multi-million dollar study was worthless. So if you ignore it, maybe it will go away. Fat chance.

But if you get placebo results with treating dry AMD using a placebo dose of fish oil, why do you think there would be any benefit for improving cognition? So you take one loser of a study (treating dry AMD) and then publish another loser of a study (fish oil has no effect on cognition) using the same subjects coming from the first loser study. This makes it a double loser.

Is Sugar Fattening? It Depends

Recently, the World Health Organization (WHO) called for an international tax on sales of sugar-sweetened beverages. The...

Our Brains Control Why We Eat – But You’re Much Smarter

Do you ever eat a big meal and feel stuffed, yet still put down a dessert high in fat and sugar? Do you ever over-eat to...

Why Has It Been So Hard to Fight Alzheimer’s?

Recently, the National Center for Health Statistics announced that death rates in America are increasing for the first t...