Polyphenols: Key Features to Look at When Supplementing

This week we are introducing the newest members of our polyphenol line  CacaoRx and CacaoRx Plus. In this blog Dr. Sears takes us through the background on these products and the key features they had to have before being introduced to the marketplace.

The polyphenols that have the greatest amount of clinical research to support their benefits are purified polyphenol extracts from cocoa and maqui berry. Extracts of cocoa polyphenols have been shown to help reduce insulin resistance and decrease blood pressure by improving blood flow (1,2). Extracts of maqui polyphenols have been shown to improve blood sugar levels as well as reduce oxidative stress (3,4). Both polyphenols reduce the oxidation of low density lipoprotein (LDL) particles as well as reduce oxidative stress which is major cause of unresolved inflammation (5,6). 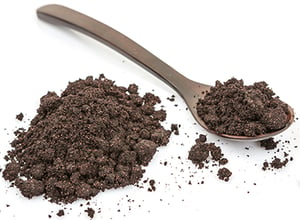 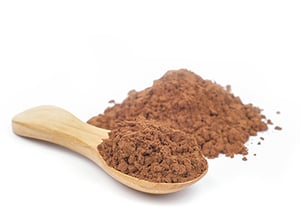 The only way to get adequate levels of polyphenols to maximize their health benefits is to use purified extracts in addition to consuming a diet rich in non-starchy vegetables and fruits. This is why MaquiRx is the only polyphenol extract that has been purified by column chromatography.  Purity concerns are even more important when it comes to cocoa polyphenols. Cocoa polyphenols have significant health benefits, but they often are contaminated with heavy metals such as cadmium. When we created our CacaoRx line, we developed a new technique to minimize the levels of cadmium in cocoa. Both our maqui and cocoa extracts have what is known as Generally Regarded As Safe (GRAS) status. GRAS status only comes after passing an external review of experts on the manufacturing and safety of a product allowing our purified polyphenols to be used as food ingredients in addition to a supplement form. Since both polyphenol extracts (MaquiRx and CacaoRx) have GRAS status we were able to incorporate them into our ZoneRx shakes and bars making these products the only bars and shakes containing polyphenols and still be considered a food, not a supplement. 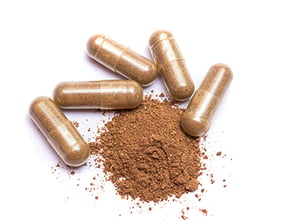 I recommend taking 1,000 to 1,500 mg of polyphenols per day through a combination of diet and supplementation.  It is difficult to meet these amounts even when following the healthiest of diets.  This is what led to the creation of our new line of cocoa products CacaoRx and CacaoRx Plus. These supplements use the same purified cocoa and maqui polyphenols found in our ZoneRx bars and shakes in capsule form. Now whether you use ZoneRx bars, ZoneRx shakes, or capsules containing CacaoRx or CacaoRx Plus you will be getting superior Zone nutrition with the greatest concentration, purity, safety and convenience you’ve come to expect from Zone Labs.

Now that the Covid-19 epidemic seems to be slowing down, we must contend with the other epidemic that shows no signs of ...

Cocoa Benefits Q and A

Dr. Sears answers some of the top questions we receive about our new Cocoa Polyphenols.

Dr. Sears answers some of the top questions we receive about polyphenols and what makes MaquiRx unique.