Maqui: Learn Why This Berry Is The Best Of The Best

The real secret of nutrition is understanding how the food we eat is transformed into complex signaling molecules that keep us alive. Dietary amino acids and fatty acids can be converted into hormones (such as insulin and resolvins) that control our bodies with precision. Likewise, polyphenols are also part of such signaling systems. In particular, they activate the genetic master switch of metabolism known as AMPK that controls how we generate energy and regulate our metabolism by turning it on and off at the cellular level.

If you want to maintain wellness, you have to optimize your Resolution Response, as I describe in my newest book, The Resolution Zone. A critical step in that optimization is the activation AMPK, the genetic master switch for your metabolism. Polyphenols give you the dietary tools to do this—the reason why is shown in the following figure. 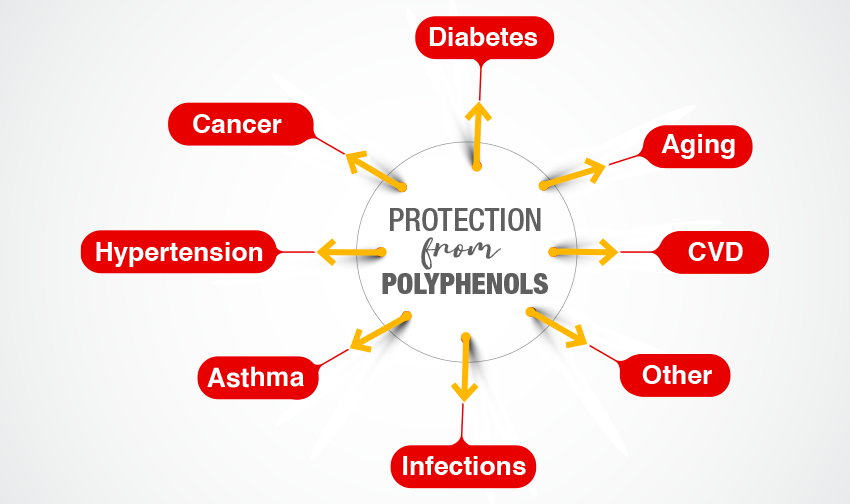 There are more than 8,000 known polyphenols, but not all have the same ability to activate AMPK. The reason is that it depends on several factors, including concentration, structure, water-solubility, and degree of polymerization. 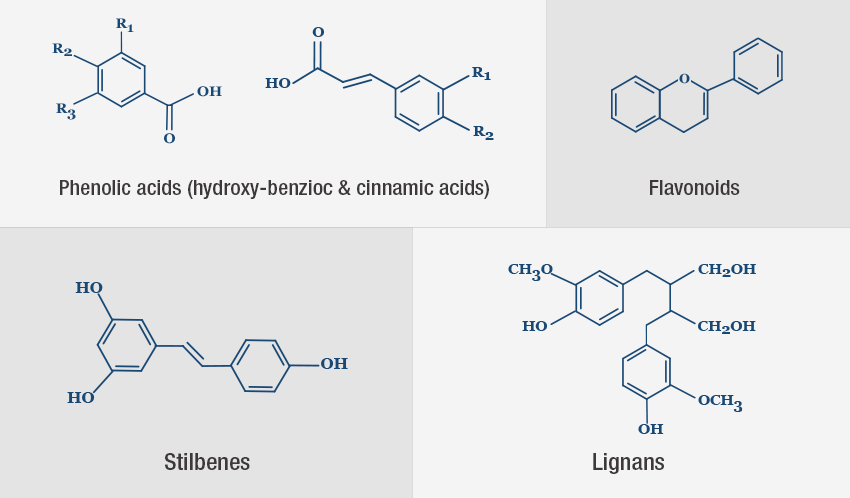 It is only the polyphenol class known as flavonoids that have a fused ring structure that provides the appropriate three-dimensional properties to activate AMPK maximally. The other polyphenol structures are simply too floppy in three-dimensional space to do an excellent job of activating AMPK. This structure deficiency is especially true of resveratrol, which is part of the stilbene family of polyphenols.

Even within the class of the fused-ring polyphenols (i.e., flavonoids), there are a lot of variations, as shown below. 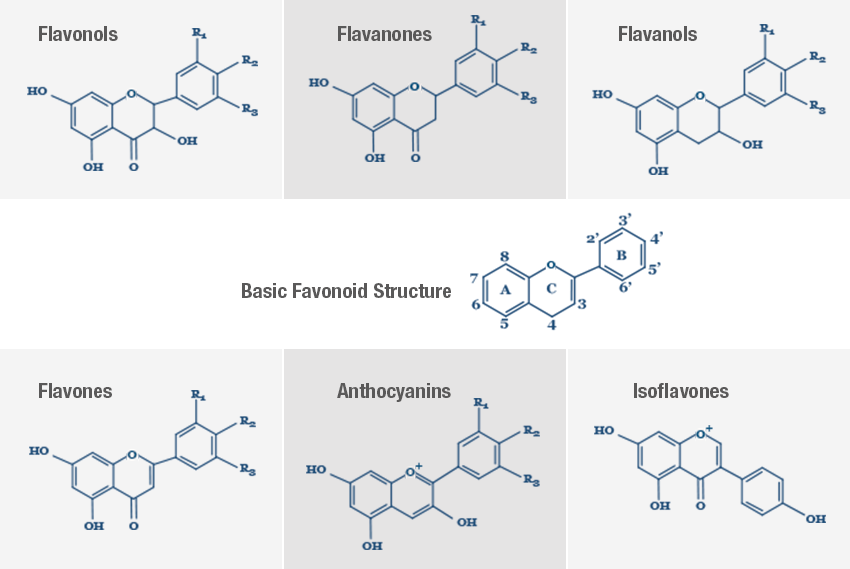 If you look closely at this figure, you will see that flavanols look somewhat similar to anthocyanins. Chocolate is rich in flavanols, whereas berries are rich in anthocyanins. But there is a big difference in their water solubility between these two groups of polyphenols.

Although flavanols and anthocyanins are somewhat similar in structure, there are significant differences in their water-solubility. This difference is because the anthocyanins have a positive charge to make them much more water-soluble. This water-solubility is critical since it has been shown that it is the increased consumption of anthocyanins that are most associated with the reduction of heart disease (2,3).

The water solubility of polyphenols is critical because if they don’t get in your body, they can’t activate AMPK. And if you don’t activate AMPK, you can’t have an optimal Resolution Response.

Not surprisingly, there are a lot of different structures, even within anthocyanins, as shown below: 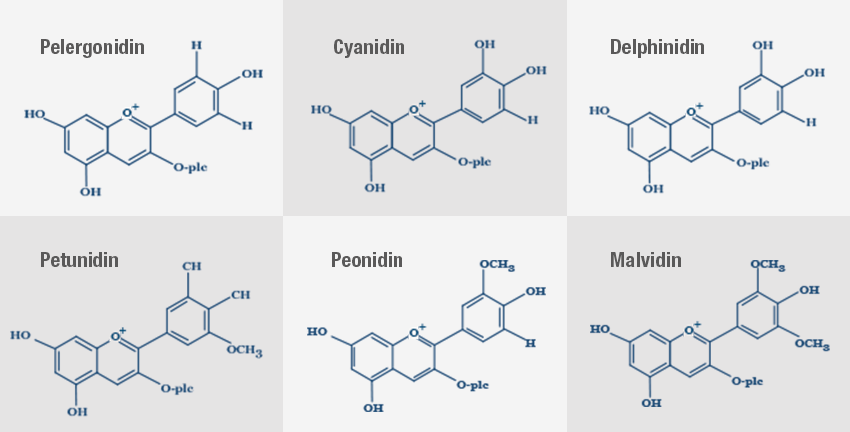 In addition to having a positive charge, the more hydroxyl groups (-OH) on an anthocyanin molecule only further increases its water-solubility. This unique structure is why the subclass of anthocyanins, known as delphinidins, has the highest water-solubility of all anthocyanins.

However, there is another problem to overcome; the degree of polymerization of the delphinidins within these natural sources.

Most natural sources that contain delphinidins are composed of polymers. Polymers can’t be directly absorbed into the bloodstream. As a result, they continue to the colon where the gut bacteria metabolize them to shorter fragments that no longer contain the critical fused-ring structure. To get a maximum benefit for activating AMPK, you need the fused ring structure to provide the proper three-dimensional structure.

Even for the maqui berry, the absolute levels of delphinidins as monomers in the fruit are still relatively low. This concentration problem can be circumvented by making extracts of the maqui berry using extensive purification, including column chromatography, to get a highly concentrated extract of delphinidin monomers. This purified maqui berry extract is what we use to make MaquiRx.

It is easy to be confused about which 8,000 polyphenols will help you live longer. If you are looking for the best of the best of those 8,000 polyphenols, then your choice becomes much less complicated using MaquiRx as your primary polyphenol supplement. MaquiRx is the only polyphenol supplement that meets the criteria of concentration, structure, water-solubility, and degree of polymerization that you need to activate AMPK. Supplementing your diet with MaquiRx doesn’t mean you ignore the continuing need to consume up to 10 servings of fruits and vegetables per day, as suggested by following the Zone Diet because they are crucial for gut health as well as blood sugar and appetite control. The combination of these two dietary strategies (following the Zone Diet supplemented with MaquiRx) provides a pretty good pathway for a longer and better life.