Are You Confused by Health Secrets?

I was searching through the dusty shelves of a friend's bookcase and came across a 1971 book titled "Are You Confused?" by Paavo Airola, PhD.,N.D. The book detailed his philosophy of nutrition and "health secrets." The diet was based on the three basic food groups: 1) Grains, legumes, beans, seeds, nuts. 2) vegetables and 3) fruit. He recommended only vegetable proteins with almost no complete proteins from animal sources. Sounds good, right? But I get confused when unfortunately Airola at age 64 suffered a fatal stroke. OK, there may be many reasons for his death, but it makes one question his advice.

In 2000, Dr. Sears wrote a book for vegetarians called "The Soy Zone." He mentions that traditional vegetarian diets rely heavily on grains and starches with relatively little high- quality protein. These diets are hormonally unbalanced. Eating a diet based solely on carbohydrates causes insulin levels to soar, and many find themselves gaining weight while increasing their risk factors for chronic conditions. Most fruits have a high glycemic index (GI), they cause an increase in blood sugars and insulin and should be limited to one serving per day. All grains, including organic sprouted grains, have a high glycemic load (GI x grams of available carbohydrate) and should be consumed in very small amounts. However, Dr. Sears discusses how the right vegetarian diet may reduce the risk factors of chronic disease, i.e., heart disease, cancer, diabetes, Alzheimer's, etc. 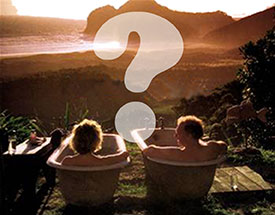 Big pharma is always searching new markets for existing drugs. Minoxidil, a hypertension drug, was renamed Rogaine. The side effect? It grows hair. Drug companies are always searching for new disorders that can be treated with medications from every-day experiences, such as sleeplessness, sadness or jumpy legs. It's called medicalizatoin when human conditions are defined and treated as medical conditions. I get confused when someone implies I may have a "disorder." Last month I had a cup of coffee a few hours before I went to bed, and surprise I couldn't fall asleep. I was informed that I had a coffee-induced sleep disorder, and there's a medication for that. I have been known to be neat and orderly and have been accused (falsely) of having an obsessive disorder. There's a medication for that. Because I'm always on the move and get numerous projects done, I've been informed that I may have an ADHA disorder. There's a medication for that. There seems to be a pill for every situation so you don't have to be accountable for your actions or your health. I wonder if there's a pill for creativity when writing newsletter articles. Someone said taking LSD works. I'll pass. Then there's that couple sitting in two separate bathtubs in the middle of the nowhere, and I get confused. How do they get hot water out there? Then there are the confusing and misleading media articles and research studies. Examples:

There's one thing I'm not confused about, it's taking control of your health by reducing processed foods (who doesn't like an occasional bagel) while consuming more whole foods, such as colorful non-starchy vegetables, lean proteins and supplementing with a fish oil low in heavy metals and PCB's. Exercise and meditation are also part of a proactive approach to reducing your risk factors for chronic disease.

A Trio of Summer Garden Flavors

Summer’s here! The farmers’ markets and roadside stands are all open in New England where I live. Even the grocery store...

Street food is defined as “Prepared or cooked food sold by vendors in a street or other public location for immediate co...

Getting A Strong Grip On Healthy Aging

Studies have shown a correlation between grip strength being a predictor of cardiovascular disease and overall longevity...